Joanna has excelled in every aspect of the course during her apprenticeship, while also being a full-time mum. This award is given to recognise and celebrate her many inspirational achievements.

After stepping back from a 12-year retail career to raise her two children, Jo was inspired to retrain in childcare, something she “had always had a passion for”. She had been out of education for a long time, and had been a stay-at-home mum for many years, so wanted something which would fit around her family life too. Jo was working at a pre-school as a general assistant before she decided to come to Central YMCA - first to do her Level 2 Childcare, before progressing straight on to her Level 3. 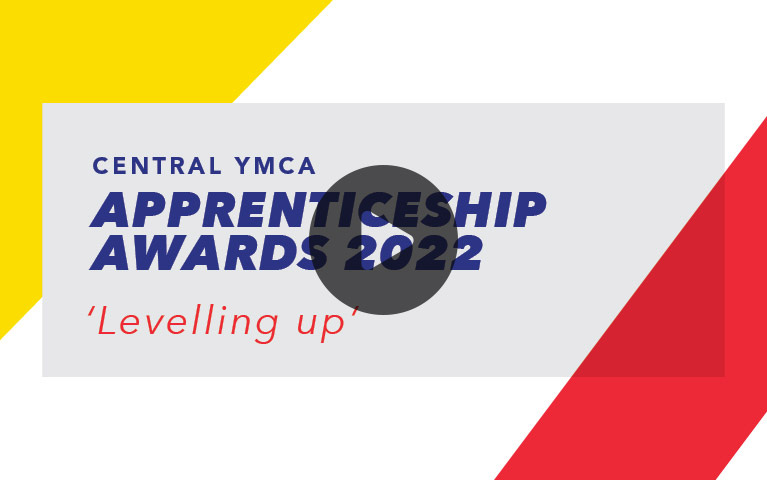 Achieving in Every Aspect

Despite juggling a busy family life alongside the demands of the course, Jo excelled during her apprenticeship – firstly, passing her Maths Function Skills, a subject in which she had always lacked confidence. Jo thrived in the apprenticeship’s structure of learning on the job.

Jo excelled in her exams nonetheless – not only did she pass her maths, but she became the first in her region to achieve a Distinction in her End Point Assessment! This is an absolutely fantastic achievement.

Further to this, Jo was eager to take on more responsibilities as a Room Leader (children ages 3-5), receiving a promotion only one month later, which made her the manager of her own staff team! Since her eldest child had attended that nursery, the management had known Jo when she was a mum, meaning that they had already built trust and a good relationship. The management noticed straight away that Jo was a natural with the children, interacting well with them and building raport with the staff. According to them,

“we were confident that she would be a good fit or us.”

Jo now finds that her job gives her more time to spend with her family, who are very proud of her accomplishments. Jo also tells us:

Following her Level 3, Jo is motivated to progress even further with childcare – she is particularly focussed on qualifying to care for children with special needs.  Looking back on her achievements during her apprenticeship, Jo says:

“this qualification has changed my life.”

Receiving her Award at the House of Commons

Alex Burghart MP, Apprenticeship and Skills Minister, presented Joanne Childerley with her award for Apprentice progression of the Year, saying:

“Apprenticeships really are ‘of the moment’... it’s been a long time coming. I have met people that are doing things that, even 10 years ago, people in the public wouldn’t have associated with apprenticeships... women building legal careers through apprenticeships, young men doing Artificial Intelligence digital courses for apprenticeships, but also people who are rebooting their career later in life... this is not just a young person’s sport anymore.”

“It’s wonderful to see Joanne’s story, seeing how people coming back after having had a family use apprenticeships to get themselves into the workplace, to ‘earn while they learn’, to build up those social and professional contacts that create value for them as they take their career forward.”

Inspired by Jo’s story? Could you benefit from an apprenticeship?

Apprenticeships are for anyone aged between 16 and 65 and can help someone starting their career, wanting a change or looking to upskill in their current job. Find out more