Skip to main content
Feature
Eudaimonia
Why we invited several artists to work with us in the lead up to the Eudaimonia! event – and what happened next.
10 November 2016

About two months ago, something very curious started to happen in the YMCA Club. First, a rash of cheaply made posters appeared on the walls overnight. They looked like the work of a guerrilla campaign and sported dubious messages like ‘Work out till you puke!’ and ‘Let’s ban tea and cake.’

Next, visitors to the swimming pool noticed a trail of sensory elements that evoked the natural environment – real foliage appeared in the sauna and the sound of seagulls mysteriously echoed around the walls.

What was going on?

Initially, many visitors didn’t notice much. But it was soon hard to ignore; the bizarre events were coming thick and fast. Quasi-mystical hand-held orbs sprang up in the Club cafe inviting visitors to hold them. Illustrations full of questions grew across the glass of the gym walls. An ‘artist’s table’ appeared on one of the landings. What was going on?

Getting people to think

The ‘micro provocations’, as they are called, were the work of several artists. And their brief had been to stage something that would make people think about what wellbeing really means – beyond the clichés of health and fitness.

The posters, for example, were the product of artist Toby Leigh. “Members told me why they love the centre, and why other gyms and sports centres aren’t able to offer the same experience,” he says. “It’s a friendly environment, welcome to all and free from the pressures of a typical macho health club offering a breathing space away from the relentless white noise that is modern life. I wanted members and staff alike to consider how important these factors are in their wellbeing, and to gently prod them into questioning and discussing these themes.”

“It was precisely this sense of questioning that we were hoping to provoke,” says Club manager Dan Lynn, talking about the provocations. Dan explains that the artworks were used as a way of opening up the conversation in the lead up to the Club’s Eudaimonia event in October – and it worked.

“We got a range of responses – some positive, some negative, but the whole point was to stimulate conversation among staff and members; get everyone thinking about what wellbeing really means,” he says.

Anyone intrigued by the questions raised by the artists got their chance to meet them at a special event in the Club on Tuesday 10 November. Not only did the creators talk through their ideas with Club regulars, staff and some non-members, but it also sparked a wider discussion about what the Club is up to and the longer Eudaimonia project.

Now that the Eudaimonia event has thrown up some interesting topics for exploration, the next stage, Dan says, will be to engage with partners. These are all the people and organisations that came forward after the event offering to help Central YMCA with the next period of exploration. It’s all part of what Dan described as the co-design process – and there’s still time to get involved.

“We are looking with people who want to partner with us,” says Dan. “It could be on something small that requires few resources, such as someone who wants to start a drawing group in the Club. Or it might be a nationwide organisation who want to carry out a study with £½ million budget. At this point we are not being prescriptive. We will throw all the ideas in the mix and then later on in the process decide which ones we are going to create a strategy for.”

The ultimate goal is to come out with some concrete projects that could actually fundamentally change the wellbeing landscape.

“We want to look at how we rebalance the mind, body and spirit, and how we can lead the way on that and be innovative,” says Dan. “ There have always been less tangible benefits when you go to the gym. Some, for example, are psychological – catching up with friends, feeling part of a group. We have always been more than just a gym so we want to continue that and diversify allowing people who come here find this rich mix.”

Watch this video in which artist Christina Guitan talks about her collaboration with Central YMCA. 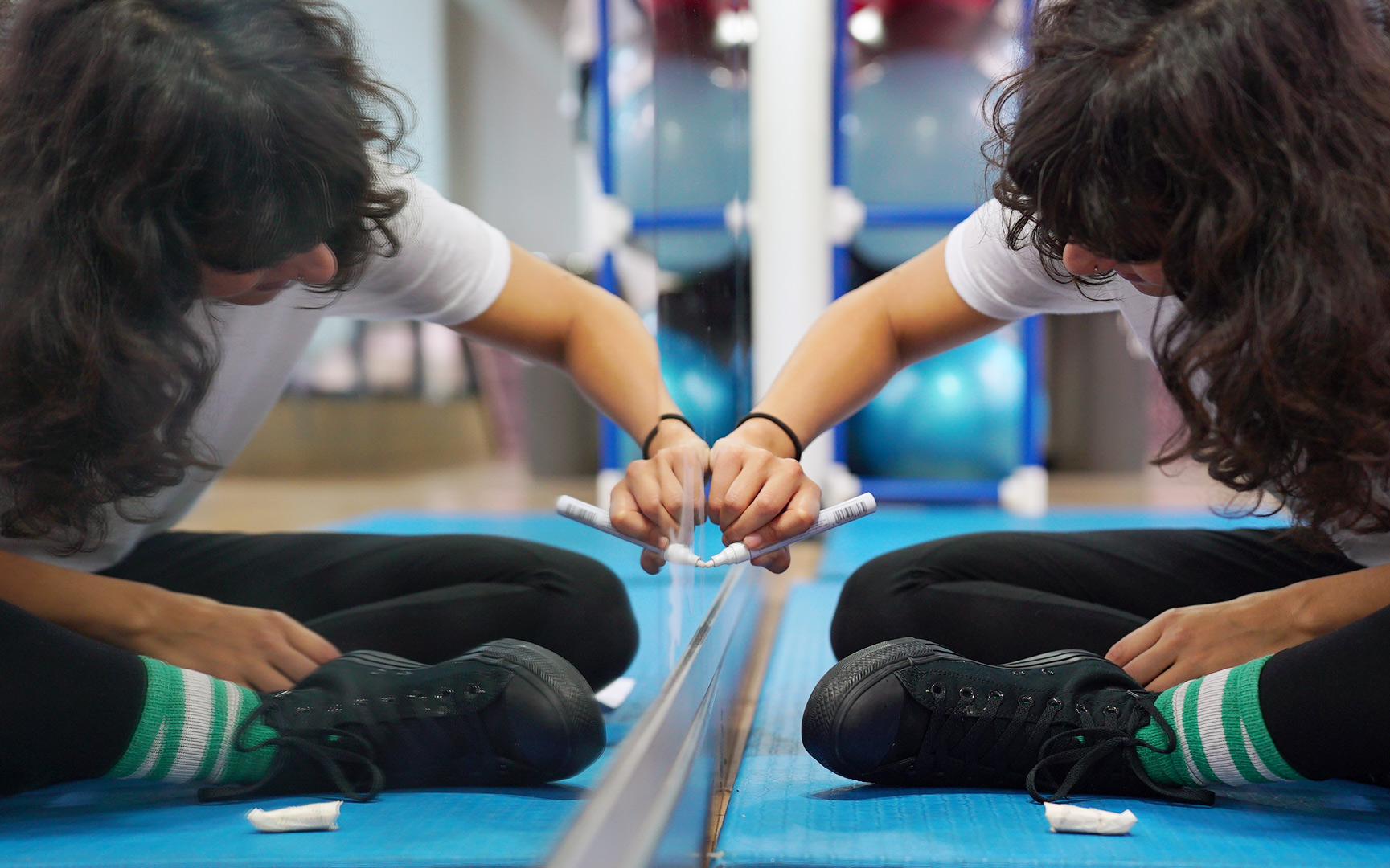 Feature
Our CEO Rosi Prescott and author Charles Leadbeater respond to current social challenges and position YMCA Club as a catalyst of change
Eudaimonia
Feature
Our Eudaimonia report found that financial concerns are one of the biggest causes of stress for UK adults
Eudaimonia
Feature
Our Eudaimonia research shows the importance of friends and family. But how can we learn from this?
Eudaimonia
Feature
Activities such as spending time with family and holidaying are when we feel our best, indicating the importance of a work-life balance.
Eudaimonia
© Central Young Men’s Christian Association (Central YMCA). Registered Charity no. 213121. Limited company registered in England no. 119249. Registered address 112 Great Russell St, London, WC1B 3NQ.