Earlier this month, over 3,000 YMCA leaders, staff and volunteers from over 100 countries gathered at London’s ExCel for a three day celebration. Millions more watched the event live on the internet. The range of speakers, workshops and activities demonstrates how diverse the YMCA movement has become – and like Central YMCA – continues to change people’s lives in a variety of ways…

The event – organised by YMCA Europe – drew upon several UN global Sustainable Development Goals such as education, employment, inequality and poverty. Other prominent themes were opportunities for young people and managing mental health.

To reflect the YMCA’s 65 million members in 128 different countries, there was something for everyone. Every day, attendees could either choose to participate in interactive workshops, learn from other YMCAs or listen to passionate speeches from prominent people. A heritage exhibition, Christian worship and international entertainment were also thrown into the mix, along with lots of inspiring stories from young people whose lives have been transformed by the YMCA. A wide range of sporting activities were also available including an exercise routine set to none other than the Village People’s ‘YMCA’, courtesy of YMCA Club team – Adrian Walters, Hamit Buhara and Edgaras Lindinas. 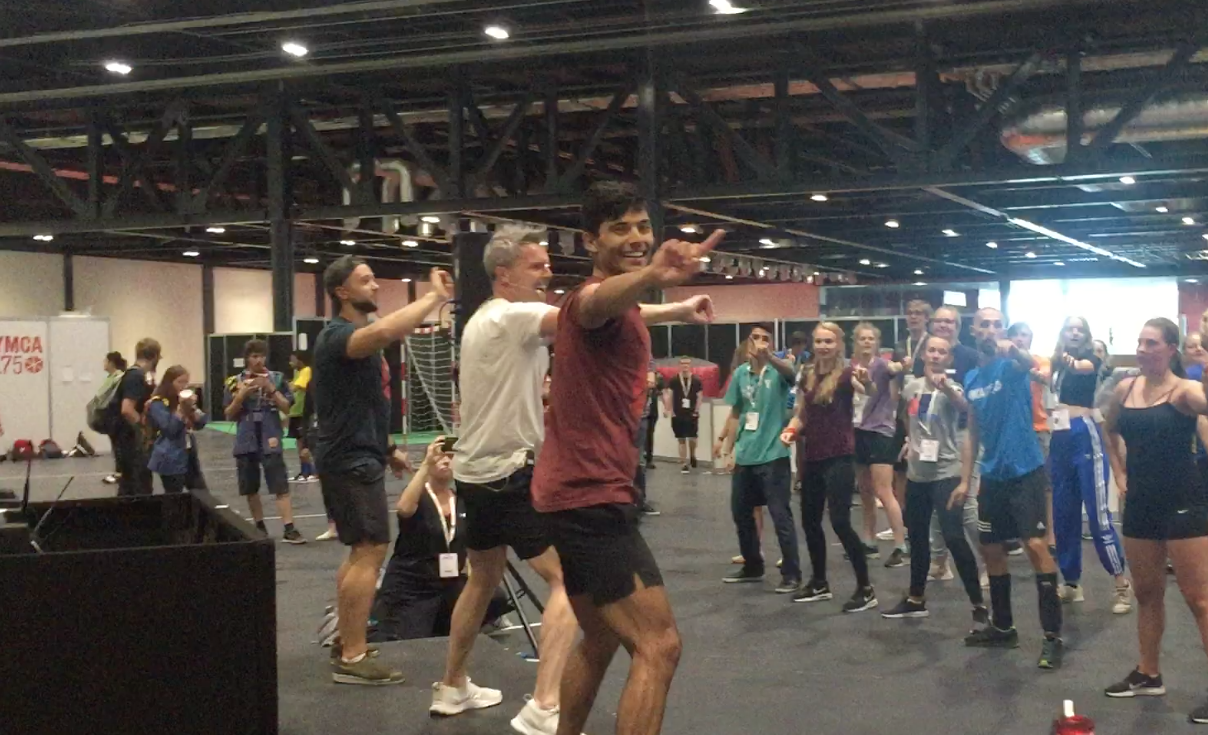 The speakers were as diverse as their audience and included:

Several speakers focused on the world of work. According to the UN, around 59 million young people around the world are currently unemployed. Globally, although 136 million people are working, they’re still living in poverty. We will need to create around 40 million jobs every year just to keep up with the world’s growing population.

Charles Leadbeater, Graeme Codrington and Social Entrepreneur - Jan Owen, all agree that the job market will look very different for young people, 20 years from now. With the rise of Artificial Intelligence and ‘intelligent assistance’ (technology in the palm of our hands), many jobs of today will be obsolete in the future.

Author, Charles Leadbeater, reiterated this during the YMCA World Urban Network’s ‘A Path to a Preferable Future’, where international leaders came together to discuss how the YMCA should move forward to address social problems.

“We have a big transition in technology, work and organisation, which is going to affect incomes, identity and security. There is no rule book for this and our governments are ill prepared. We have to understand the challenges that this creates for people. The growth of AI and machine robotics will affect any job that involves following rules and routines. There are 600,000 people in America with ‘Cashier’ in their job title. In a rapidly arising cashless, shopless society, what will happen to the people behind the till?”

Futurist, Graeme Codrington, compared the world of work today with how it was back in 1844 when the YMCA was founded. Some things never change:

“175 years ago, the world of work was in turmoil and young people didn’t know where their place was in the world. They looked to an uncertain future in a world that was changing faster than it had ever changed before. They were lost and needed help. Does that sound familiar? We need organisations like the YMCA to stand with young people and say it’s going to be ok. I believe the YMCA is more relevant than it’s ever been.”

The YMCA Movement - including Central YMCA – continues to be part of an evolving solution. Thanks to the YMCA, 68,000 young people internationally are engaged in relevant education and training, including apprenticeships and study programmes. As we have done in the past, we will endeavour to meet the needs of young people in future.

A change of mindset

Other speakers suggested that a successful, healthy future depends on positive thinking and breaking free from negative stereotypes which often crush individuals, communities or countries. John Loughton - Founding Director of Dare2Lead, which unlocks people’s leadership potential, spoke about his difficult childhood. Growing up in a deprived community in north Edinburgh, John came from a broken home surrounded by drugs and crime. He was mercilessly bullied and struggled with his sexuality and poor mental health. Somehow he found the strength to survive and transitioned from a place of poverty to one of power. Now he addresses UN General Assemblies and Commonwealth Heads of Government:

“Why should I apologise for growing up in poverty or my mental health issues? The scars in my heart have become the words in my speech. I had to choose to change, but some people don’t feel good enough, beautiful enough, smart enough, loud enough, experienced enough or rich enough to do that. Absolute nonsense! You’re as connected and capable as your mind allows. People are kept down by society, but they need to break free and claim their voice. Whatever your struggle or reality, empowerment can’t be given, it must be taken.”

Speaker and Social Entrepreneur, Jan Owen, agrees that the way young people think is key to their success:

“If you have an optimistic mindset, it makes a huge difference to your capacity to get work. Young people also need jobs which bring purpose, meaning and learning together, but how do we create this beautiful marriage? Some companies recruit for mindset, but train for skills. Purpose, meaning and learning is a powerful combination to create optimism in young people – an antidote to poor mental health. Everyone needs to change their mindset and think differently.”

“Inspire others and make change happen”

The YMCA movement currently supports 58 million people in 119 countries. Here’s to another 175 years of helping people live happier, healthier, more fulfilled lives. Our Founder’s descendant, Jasmine Tucker, concludes by suggesting changing people’s lives might not be as difficult as we think:

“It only takes one person and one idea to cause and lead change, yet often the thought of doing something alone is daunting to people. My great, great, great great grandfather, Sir George Williams, was an ordinary person who has caused extraordinary change. One man’s idea has led to the YMCA being the largest and oldest youth charity in the world. Don’t wait to be inspired - inspire others and make change happen.”